How You Give Matters: Qualified Charitable Distributions from IRAs 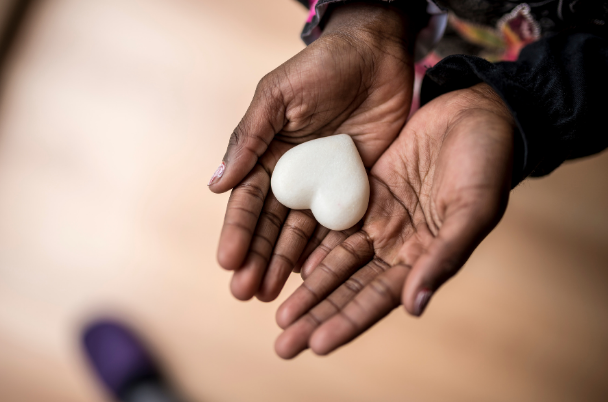 If philanthropy is one of your financial goals, it’s just as important to consider how, when and what to give.

At the end of 2015, Congress restored an important option for charitable giving that had expired the previous year. The Protecting Americans from Tax Hikes Act made permanent the chance to make a qualified charitable distribution (QCD) from an individual  retirement account (IRA.) What this means is that certain IRA owners can make contributions to their favorite charities directly  from their IRAs, and the distribution from the IRA to the charity counts towards the owner’s required minimum distribution (RMDs)  for  the year.

QCDs:  A strategy for tax-efficient giving

During our working years, we generally do most of our savings in qualified plans, such as 401(k) and 403(b) accounts, and in IRAs. The benefit in saving this way is that we don’t pay income tax on the money before it goes in, and the funds grow tax-deferred until they’re withdrawn. However, eventually, the IRS requires the account owner to start taking withdrawals.  The SECURE Act, which went into effect on January 1, 2020, delayed the age at which an account owner must start taking their required   minimum Distributions from 70 ½ years old to 72 years old. That means taxpayers who turn 70 ½ in 2020 or after have until April 1 of the year following their 72nd birthday to begin taking their RMDs.

Plenty of people rely on withdrawals from IRAs and qualified accounts for their income in retirement. But others cover their income needs with their social security benefits, pensions, or other investments. This second group often has no need for their RMDs and would prefer to avoid the additional income tax burden they incur. If their financial goals include benefiting a charity, religious  institution, or school, doing it through a QCD may be a good strategy to consider.

Anyone over age 70 ½ can make a QCD of up to $100,000 per year. That age didn’t change with the SECURE Act. The  distribution can be used to satisfy an individual’s RMD. The taxpayer doesn’t receive a charitable income tax deduction, but there  is no need for him or her to report the distribution on their income tax return. The transaction is entirely tax neutral.

Other ways to make charitable donations using money from your IRA

One alternative to the QCD is simply to withdraw funds from an IRA, report that withdrawal as taxable income, and then make a tax deductible donation. In some cases, that may have a very similar result to the QCD, but there are a few reasons why the QCD  may be a better option. First of all, if the taxpayer makes a charitable donation without using a QCD, he or she will need to itemize income tax deductions, when taking the standard deduction might otherwise be simpler. Also, the charitable deduction is capped ata percentage of the taxpayer’s adjusted gross income (AGI). The QCD avoids the chance of running up against that cap. Some  income tax deductions, such as the deduction for unreimbursed medical expenses, are only available if they exceed a certain  percentage of the taxpayer’s AGI. When RMDs drive up the taxpayer’s income, even if those funds ultimately go to charity, it can  be   harder to meet those minimums.

There are many different ways to provide financial support to a charity, some with significant tax advantages to the donor. They  range from sophisticated strategies like charitable trusts to using your credit card or writing a check.  You can consider donating  appreciated stock.  You can also name a charity as a beneficiary under your will or as beneficiary of an insurance policy, IRA, or  annuity.

It’s a good idea to explore the possibilities before deciding that any one strategy is right for you.
If you opt to use a QCD to make a charitable contribution, make sure you follow the rules

There are a couple of important things to remember about QCDs. The contribution must go directly from the IRA to the charity.   You cannot receive the funds directly and then pass them on to the organization. Also, the QCD is only available for gifts to public charities, not private family foundations, charitable trusts, or donor advised funds. Finally, the SECURE Act removed the  prohibition on making IRA contributions after age 70 ½, so it’s now possible to contribute to an IRA and do a QCD in the same   year;  however, it’s important to note that the IRA contribution will reduce the amount that can be transferred via QCD.

As with all big financial decisions, how and when to contribute to charity is something you should think through carefully. The QCD has unique advantages, and your tax and financial advisors can help you decide if it’s the right strategy for you.
CRN202211-273941